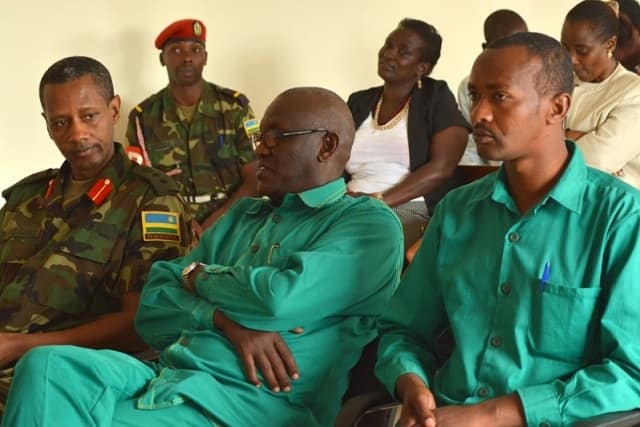 The Rwanda Autocratic regime has continued to do business as usual by sentencing innocent people on trumped up charges. What is happening in Rwanda is not surprise to those that understand the mindset of Dictator Paul Kagame. The leagl system in Rwanda is not independent, but a kangaroo court of Paul Kagame and his family to get rid of any threat to their autocracy. 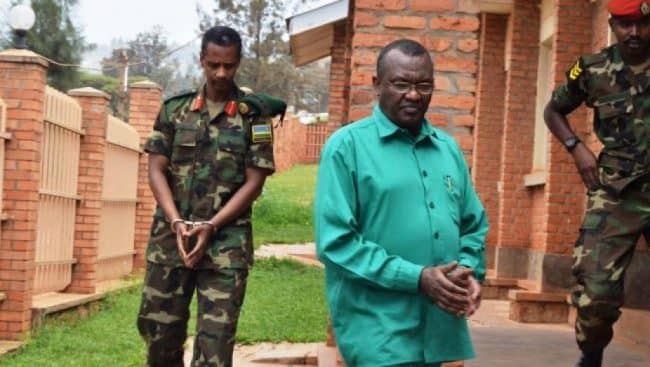 Today its no longer about the Opposition leaders, human rights activists and journalists in the Rwanda Autocratic regime, but Paul Kagame’s childhood friends and those that helped him become president . Without those people, Paul Kagame would be no where!

Giving its verdict on Thursday, court also sentenced Brigadier Frank Rusagara to 15 years in prison while Sgt Francois Kabayiza will serve 5 years. This was after the trio was found guilty of charges against them.

Byabagamba was accused of concealing evidences against a suspect on state security. Prosecution submitted that Byabagamba received two guns from Sgt Francois Kabayiza and hid them from the police not until security agents forced him to reveal them. 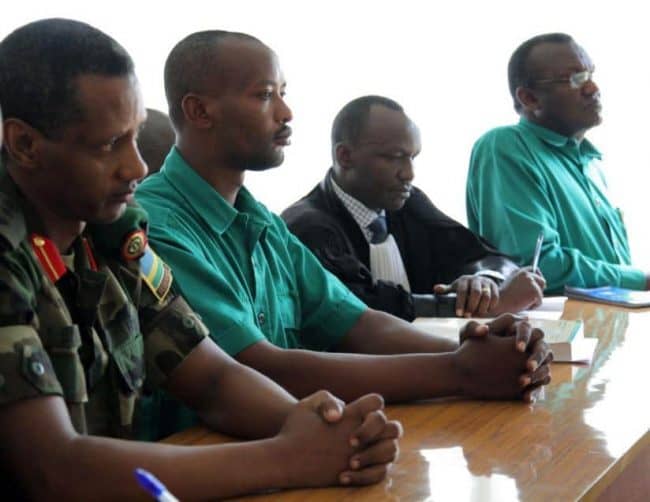 In the ruling, court headed by Maj Asiimwe Madudu exonerated Kabayiza on the charge of illegal possession of fire arm. He will also pay a Rwf 500,000 fine.

Several people including senior officers testified in the case, pinning Byabagamba on inciting insurrection amongst the population and spreading rumors with intention to incite hate against the serving government.

According to the law, “any person who, by speeches held in meetings or public places, or writings, images or emblems, any posters, sold or on sale or displayed to the public, knowingly spreads rumors, excites the population against established Government, or incites or attempts to incite citizens against each other or attempts to alarm the population with intention to cause trouble on the national territory of the Republic of Rwanda, shall be liable to a term of imprisonment of ten (10) years to fifteen (15) years.”

Among the evidence presented by prosecution against Colonel Byabagamba includes SMS reportedly sent to one of his military colleagues commenting on an online publication (www.thelancet.com) saying Rwanda is not well governed.

In this SMS, Byabagamba was accused of allegedly fabricating “all sorts of rumors and negative propaganda against the government of Rwanda with intention to tarnish its good image.”

Prosecution further stated that many times Byabagamba was advised not to associate himself with people who plan to overthrow the government by force but he made his choice.

He reportedly associated himself to his brother David Himbara’s activities against the government.

Byabagamba is said to have told one Senior Officer that, “nothing is worse for the public than war and nothing that provokes war than injustice and political grievances.”

He also reportedly said: “Why leaders with no mercy to women and children of some nationalities often seem so committed to the health of their own people? I don’t know this is baker/ butcher. “

According to prosecution, the former Counter Terrorism chief further said, “Not at all FDRL has never been and will never be our major threat.”

Officials said Byabagamba’s sympathy for FDLR as a senior military officer “posed a direct threat to the security of a nation totally centrally to the military code of conduct.”

It should also be noted that Byabagamba was blamed for taking part in defamation activities against the government while he is a senior official.

He was also charged on the crime of contempt of the national flag as evidence on this the prosecution screened a video where all attending army officers including the foreigners were saluting the flag during the inauguration of the Rwanda Aviation Unity in South Sudan except Col Tom Byabagamba yet he was the most Rwandan senior officer representing the country in that ceremony.

The state said this further showed Byabagamba had a long-standing insubordination plan as a serving senior officer.

Retired Brigadier General Frank Rusagara was also charged with inciting insurrection or trouble amongst the population and stares down on possible imprisonment of 10 -15 years upon conviction.

On spreading rumors with intention to incite hate against the serving government, state alleged that this occurred at Nyarutarama Tennis Club where he often sat and talked to different people inciting them to turn against government and support rumors.

Rusagara reportedly had similar meetings at car wash bar and that among the people he tried to recruit included serving and retired senior officers.

He is quoted as saying, “Rwanda is a police state, a banana republic, Kagame is a dictator, our guy is finished.”

He is said to have called on people to listen to the hate Radio called “Radio Itahuka” saying its professional than other Radios in Rwanda.

Prosecution said he clearly associated himself to the ideology of the negative forces especially his close relative David Himbara.

He was also accused of taking part in defamation activities against the government while he is a senior official and possession of illegal arms.

Art 671 provides that, “Any person who illegally possesses, lends or gives an arm, or falsifies its identification marks, shall be liable to a term of imprisonment of six (6) months to one (1) year and a fine of three hundred thousand (300,000) to three million (3,000,000).”

Rusagara reportedly had two pistols – one Vecktor which he said he acquired from South Africa and one Jericho he says he obtained from Israel.

The State submitted that during the retirement briefing, all officers were reminded by the Chief of Defence Staff to return all military tools and weapons they had but Rusagara decided to ignore it.

Prosecutors argued that the fact that Rusagara trusted his driver to keep his guns for two years must be questioned because there have been many crimes involving guns.

They further contended that Rusagara’s character was not a surprise because he was involved before in different scandals including obstructing the police from arresting a suspect (The case of Assinapol Rwigara) whose substandard building collapsed, killing people.

It is said Rusagara also refused to pay RwF 800,000 to his herdsman in Kayonza district and defied the decision from Abunzi who had instructed him to pay the debt with no delay until Ministry of Defence intervened.

Rusagara denied all the charges as false.

This case also features Retired Sergeant Kabayiza, who was Rusagara’s driver, for reportedly concealing evidences against a suspect on state security.

A person is also considered an accomplice if he/she harbours an offender or aids him/her in the concealing under conditions provided under Article 327 of this Organic Law.

Kabayiza is said to have kept two illegal guns on Rusagara’s request for two years and that when the latter was arrested, the former decided to conceal evidences by taking the guns to Col Byabagamba who also did not hesitate to keep them.

Prosecutors said this clearly showed the complicity to commit a crime. 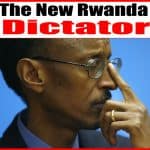 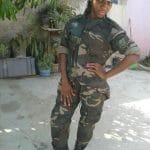 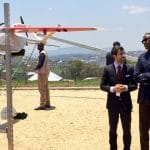 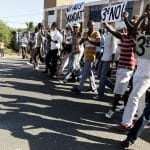 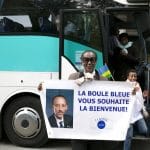 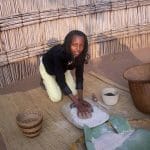 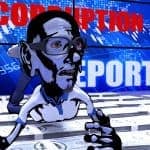 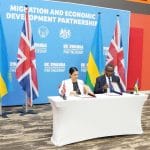 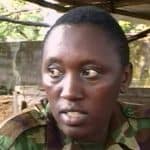 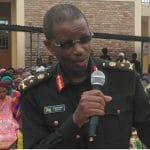 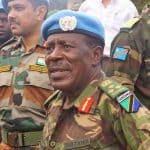 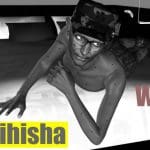 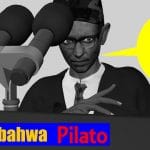 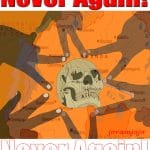 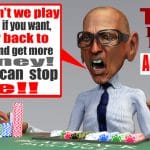 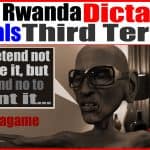 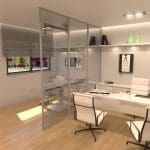 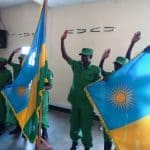 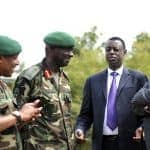 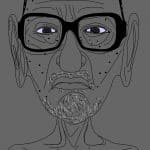